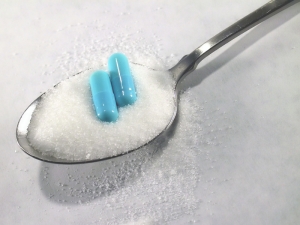 BBC’s coverage of football titled “Lord Sugar Tackles Football” was aired last night.  You can get a repeat performance on the BBC iPlayer (though apparently it doesn’t work worldwide).

I missed it ‘live’ but caught the repeat performance.  Must say that I felt the programme to be somewhat academic.  It emphasised basics of running a business which we all know have been ignored by many a football club.  Furthermore, it came across as a TV production made for entertainment without any real delving or investigative stuff – just headline stories and stats.  The simple facts of ‘financially keeping ones house in order’ was once communicated accurately at a Stockport County FC fans forum (post mortem) by a member of the Parfett’s family. It’s like a former colleague said to me, “Adrian, the problem with common sense is that it just isn’t common”.

One thing clearly apparent is the game has moved on, becoming a complex maze of commercial forecasting and debts accelerated, since Lord Sugar’s time as Owner of Tottenham Hotspur FC.  Lord Sugar sold his majority stake at Tottenham to ENIC (leisure group) for £47 Million.  He has described his time at that club as “a waste of my life”.

We were reminded of the £800M purchase by Glazer’s of Manchester United FC, with “extreme borrowings”.  Long live FCUM.

Surprised that Harry Redknapp said he didn’t know the wages of any players at his club. Karen Brady was an articulate contributor to the show and I always thought her to be a plausible candidate for a top job at the Football Association.