To Sack or not to Sack that is the question 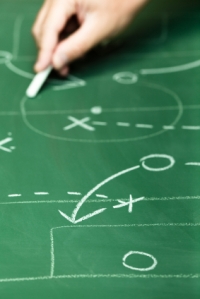 Again, we are pleased to have a blog post kindly scribed by guest and colleague at FC Sports Marketing, the great Steven Seggie.  He titles it: “Don’t Change Manager During the Season”.

“We are only a few weeks into the new English Premier League season and already we hear rumblings about managers whose jobs are on the line if the results don’t go right soon etc. During the 2013-2014 season, the number of sackings was in double figures (if you include the departure of Ian Holloway from Crystal Palace by mutual consent) and I am sure this year will be no different. Yet these mid-season sackings make little or no sense to me.

I have always wondered whether or not replacing your manager mid-season has any impact on the performance of the team. I would hazard the guess that the primary driver for most of these sackings is the hope that performances will improve yet we rarely see any analysis or discussion in the media or elsewhere as to whether or not performances improved. This may well be a function of the fact that most sports journalists do not have the ability to conduct such analysis, nevertheless that’s not really an excuse. Luckily some academics have analysed these mid-season changes and the results make for interesting reading. There are 3 major studies that I will discuss briefly here and they all demonstrate that changing manager mid-season is an exercise in futility.

The first study that I looked at was conducted by Allard Bruinshoofd and Bas ter Weel . These authors examined all the mid-season managerial sackings/changes in the Dutch league between 1988 and 2000. A little bit of analysis led them to the conclusion that you shouldn’t sack your manager mid-season. In fact, they find that if the manager had stayed his team would have performed better than the team with the new manager.

Similar results are found in a study  of Italy’s Serie A between the 2003-2004 season and the 2007-2008 season. The authors of this study, Maria de Paola and Vincenzo Scoppa found that changing the manager during the season was essentially a wasted exercise as it made no difference to subsequent performance.

Finally, Andreas Heuer, Christian Müller, Oliver Rubner, Norbert Hagemann and Bernd Strauss , in a study of the Bundesliga from the 1963-64 season to the 2008-2009 season (a total of 14,018 matches)  found no impact on performance of changing the manager mid-season.

So there we have it. The results are fairly clear cut. Changing manager mid-season has no positive effect on performance and may even lead to worse results than if the incumbent had continued. While performance may not be the only reason clubs change manager, I would guess it is the most often cited reason. So for all the supporters baying for the blood of the manager after some bad results and all the club directors thinking that changing the manager mid-season will improve performance, I have some bad news. It won’t. So you may want to think twice!”