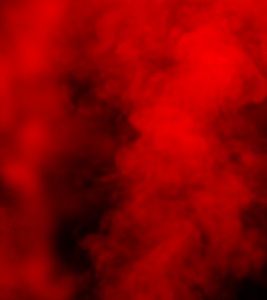 Not proud of my reaction, but brings an interesting debate on what ‘crossing the line’ actually means – and when a fan has ‘gone too far’.

Crossing the line certainly doesn’t refer to County putting the ball over the goal line (for a goal). As we didn’t even come close to scoring. I prayed that the new lad with the Turkish sounding surname might score and I might even sponsor him,  if he extended his loan from Scunthorpe – but the one real chance falling to Dünnwald-Turan almost hit the corner flag. His stats are unimpressive as a goalscorer, so unless I’m missing something, despite his playing in EFL, this recruitment theory smacks of desperation.

One supporter, was expressing dissatisfaction, with five minutes remaining. We had lost to Yeovil Town 0-3 at EP and picked up a red card for Ashley Palmer in the process- who I personally like at the back. That supporter was being shouted at by second choice goalkeeper, Ross. I retorted for him to stand down as I feel fans have every right to aire discontent, when a display is so shambolic. Maybe I should target someone other than that goalkeeping giant who towered above me. I was leaving early, an unusual action by me. As the newest ‘Assistant Manager’, then desired to chip in, this brought down the ‘red mist’. Or maybe he wasn’t an AM – with a DOF, M, AM x2 and Coach I now get confused who is who and who does what?

Anyway, having already had my Birthday spoiled by the display, I then lambasted him/them for both an ineffective Plan A and certainly no Plan B. It was a dreadful display and we are making a mockery of being one of the bookies favourites for promotion. I’d be amazed if we make the play offs based on this – although of course, I realize it’s only September. That mouthy AM, or whatever, inferred I should ‘walkon’. Not wise words from someone who must be guilty in someway for that woeful showing.  Afraid IMVHO, we the paying public, fan of 45+ years, sponsor and people of Stockport have every right to comment. We’ll be there long after their tenure is up.

I have to say none of the players deserved credit and the so-called superstars didn’t turn up. I know the grapevine infers they may have contributed to the departure of ‘Jim’ under accusations of not fitting in with the new culture.  Ironic really when culture was the explanation of his disdain of Rooney after a wreckless sending off that catapulted County to a heavy loss away during his regime. Gannon would not have tolerated such a gutless performance.

In fairness, to Simon Rusk, who I do think is a good person, his post match interview was articulate and honest. He begs for more time based on coming close last year. Personally, I hope that I’m wrong and he can come good – but I said at the end of last Year, that was our best chance of going up and we missed the opportunity. Of course, we are throwing more and more money at ‘this Project’, but the tactics and recruitment aren’t working.

Time for change? If so, for me it would take an experienced management team used to getting promotions, not a rookie. Hope for more memorable days of blue mist celebration rather than this red mist misery.

From: Uncategorized
← S’PORT Wallball
Storey for Stores →
No comments yet