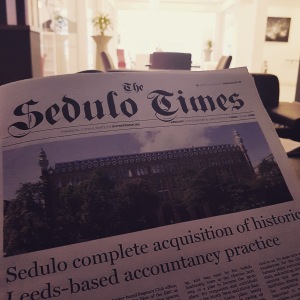 Stockport slide away from promotion as Wembley beckons……..

Article courtesy of a fellow “County” Supporter,  from its impressive in-house newspaper, The Sedulo Times.

“After a heart-breaking end to the National North league season last year that saw the club miss out on the play offs by a late equaliser in the final game, expectations were high of a promotion push in the current campaign for Stockport County.

After star man Danny Lloyd earnt his big move into league football with Peterborough, early season optimisim quickly faded as the club found it difficult to replace his goal return. A poor start to the season saw the club off the play off pace, but as the clocks went back, the team only looked forward.

A run of 1 defeat in 13 in all competitions saw the club rise to the edge of the play off places, and barring a couple of late equalisers conceded over Christmas would have seen them sat in sixth. Jason Oswell is the new fans favourite with the 20 goal barrier broken before Christmas. Away form has been poor though in an increasingly tough league and back to back away defeats in January is making securing a play-off berth a tough ask, meaning a sixth season of regional football beckons – a far cry from the eighth place finish in the Championship just two decades ago. A league that has seen big spending clubs such as Harrogate and the Class of 92’s Salford go full-time suggests the Hatters must follow suit next season to boost their chances of delivering the promotion their large fan base crave. The dream of a return to Wembley – a second home in the 90’ – is still on for County, however, following a thrilling win against Conference National side Maidenhead.

A battling draw away from home set up a replay back at Edgeley Park. And with Stockport two down with just 10 minutes left on the clock, a late comeback forced extra time with the momentum propelling County into scoring early to go 3-2 up and into the lead for the first time in the tie. A red card made for a nervous last 20 minutes, but the Hatters hung on to set up a home quarter final with fellow National North side Brackley at the end of February.”

From: Stockport County
← Devils and Wolves
Pesky Ruskies →
No comments yet