Legends of the Game #1 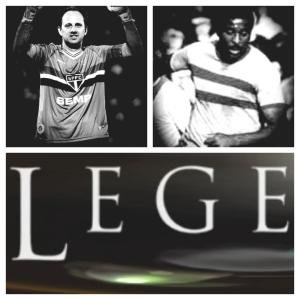 Why not give an aspiring young person a chance?  I listened attentively as Zach recited story after story of players from bygone days and thought he deserved a platform to share just a few.  I hope that there are more Zach?

As a teenage boy I eat, sleep, breathe and continually speak about Football. If I am not playing, I am on the Xbox, watching a game or researching statistics on-line.

In this introductory article, I want to discuss and highlight the ‘Forgotten Legends of the Game’- players whose careers are outstanding, but are no longer recognised as the exceptional players that they once were.

The first forgotten legend is a Brazilian goalkeeper by the name of Rogério Ceni. He may not be the most iconic Brazilian keeper, but he is one of the best to come from Brazil, for he had scored a whopping 131 goals from penalties and set pieces, the best record for a keeper in the world and having over 500 app for São Paulo. His international record is nowhere near his club record with only 16 app and one goal. Now let’s move onto his trophy cabinet. Ceni won major trophies including three Brazilian leagues and two Copa Libertadores as well as the 2002 World cup and 1997 Confederates cup.

The second forgotten legend is Clyde Best for he was one of the first black players in the English top flight. Best played for West Ham where he was a fans favourite scoring 47 goals in 186 appearances. Best was originally from Bermuda and then moved to the NASL (North American Soccer League) where he would play for Tampa Bay Rowdies and where he won the NASL title in a 2-0 win over Portland Timbers in the Soccer Bowl. Best scored 22 times for the Rowdies. Best also won the indoor title with the Rowdies as well as being named MVP of the tournament and top scorer of the short season with 11 goals and 6 assists. Best later played for Portland Timbers scoring 40 times, Toronto Blizzard scoring 5, Cleveland Force scoring 33, Los Angeles Lazers scoring 29 and very late in his career at Feyenoord scoring 3.

Both Rogério Ceni and Clyde Best deserve the title ‘Forgotten Legend’. Ceni is still the highest scoring goal keeper ever and Clyde Best broke down racial barriers in the English top flight and latter in his career made a positive input on NASL.”

Tags: Best, Ceni, Legends
From: Fans, Football misc
← Hagi’s Kids
Off to Stoke →
No comments yet