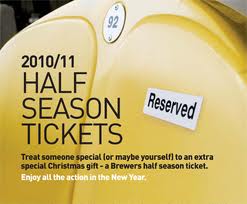 It’s an interesting model that has only been agreed today by Sunderland AFC – and I have to confess an area that I have not delved into too much until recently.  I refer to the contractual deal between that club and US-owned, StubHub.

StubHub, a rival to the more established Viagogo, has only just come to our shores.  It is an online “secondary ticketing” business which wants to establish itself  in the UK.   The Sunderland deal follows a similar contract worth an estimated £1.7M, with Everton.  A key focus is trading of season tickets. A service that I have used for hospitality at times of ‘peak demand’, so seen first hand how it works.

Viagogo are allegedly in the process of doing the same at Fulham and Newcastle.  It was piloted last season by them at Aston Villa.

Premiums are often prevalent in this ‘reselling’ – reporting suggests high prices but also more competitive prices may occur dependant on a given ‘supporters’’ aspirations.  The drivers behind this new model are supporters’ feedback on difficulties in acquiring tickets online for matches.

StubHub is an online marketplace owned by eBay, which provides services for buyers and sellers of tickets.

Tags: secondary ticketing
From: Fans, Football Finance, Football misc
← US of A
It’s an ambush →
No comments yet