Dead as a Darlo? 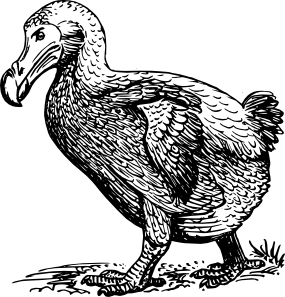 Variation on the ‘dodo’ theme, but let’s hope extinction isn’t just around the corner.

Whilst, one club, Weymouth, gets a firmer footing and will revert back to full-time status after a torrid time, poor Darlington lurch from crisis to crisis.  I have feared the same fortunes for my beloved County.

Darlington could cease to trade this week, unless a new owner is forthcoming, according to administrator, Harvey Madden.  White knights are not as prevalent these days!  Darlo are in administration now for the third time in recent years.  The Administrator comments: “Things are still dire. We have not had any definite interest. We have seen a hell of a lot of people interested in the last week. No one has taken it a step further and quite a few have withdrawn. Without money, the club will not survive. I will have to make decisions by the end of the week and assess it.” Deja vu – Stockport County?